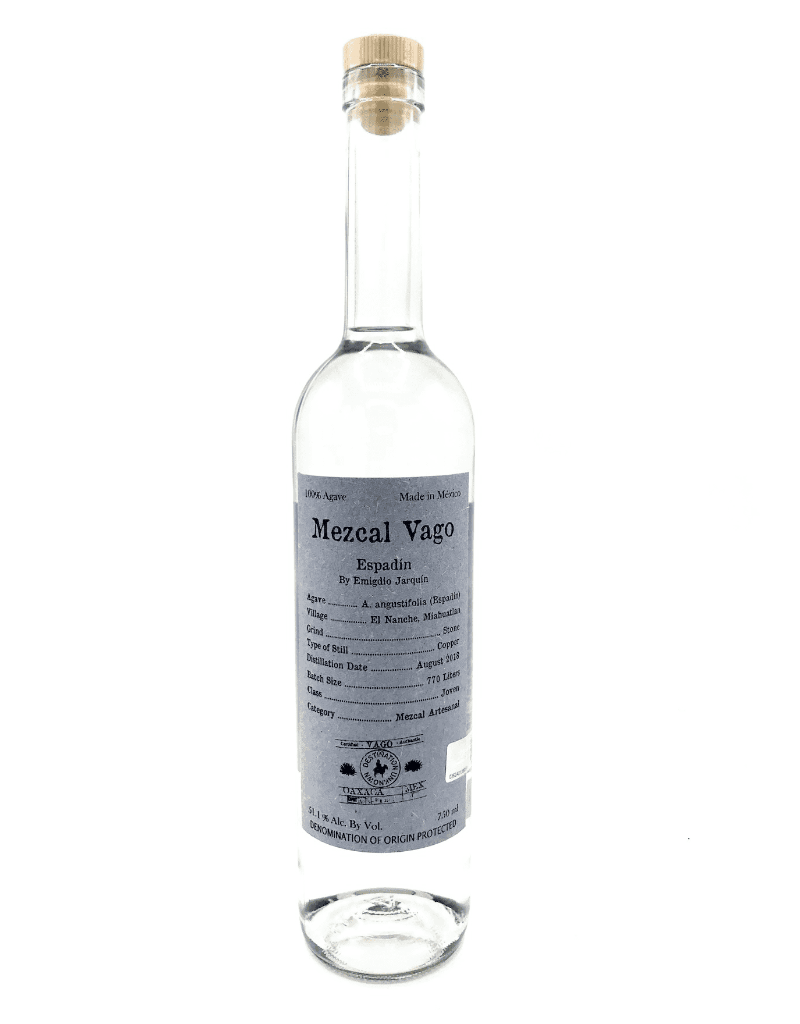 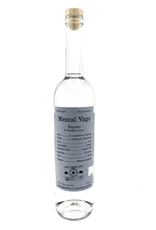 Mezcal Vago offers a series of unique artisanal mezcals - each of the bottles details all the information about who made it, what pueblo, what agave, details in the process, size of batch and more. Each of their mezcals is  joven (young) and clear.

This 100% Espadín is distilled by Emigdio Jarquín in El Nanche, Miahuatlán de Porfirio Diaz. Don Emigdio is a fourth-generation mezcalero from the Nanche district of Miahuatlán. After working with Emigdio for nearly a year, Vago is putting out some of the best Espadín they have ever done.

Mezcal goes back in his family at least three generations, Emigdio having learned it from his grandfather. Their horno is a conical pit dug into the earth, which can hold up to 7 tons of Espadín. Emigdio usually roasts his agave for 5-7 days, which is on the longer end of an average roast. He then lets it rest in the sun to cool for one to two weeks. They use a cement tahona lined with rocks and pulled by mule to crush their agave. Once crushed, they use four Ocote wood fermentation vats with volumes of 1,470, 1,600, 1,600, and 1,700 liters, which usually take around three days to ferment to completion.

Distillation is done in a 300 l. copper refrescador still. Using a Refrescador is a technique that is common to the area surrounding Miahuatlán, but Vago had never bottled mezcal made this way before. The still looks similar to a copper alembique still with a stainless steel cylinder surrounding it. This cylinder is then filled with water, allowing it to cool the upper part of the still. This upper chamber now acts as a condenser and sends the alcohol vapor back down into the boiler before being heated again and passing out of the still and into the condensing coil. This method essentially allows for two distillations during a single pass through the still.