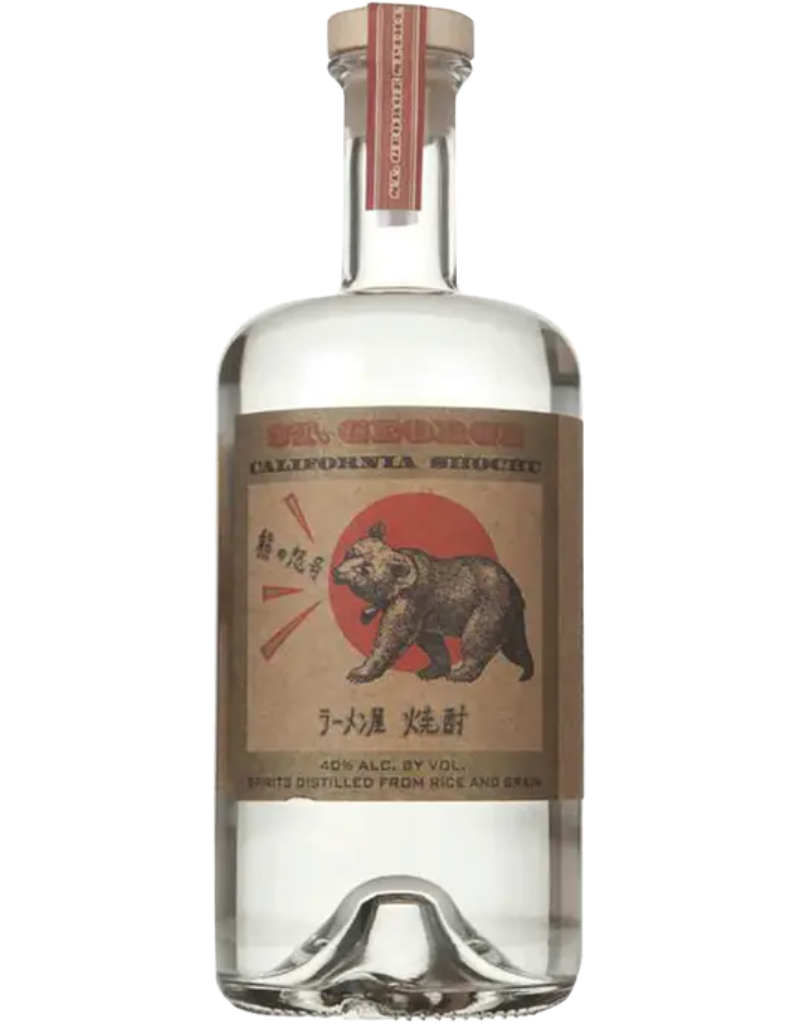 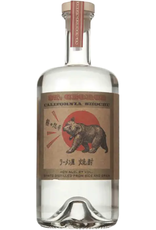 Master distiller Lance Winters did the art direction for the label in conjunction with artist/illustrator Lauren Asta. The design is a mash-up of the California state flag and the national flag of Japan. If you translate the kanji (Japanese characters), the bear is saying “angry bear sound.”

The shochu is distilled from sake lees from a local producer. The sake lees are steamed Calrose rice, inoculated with koji spores and then fermented. Once the koji has enzymatically transformed the starches from the rice into sugar, we pitch with yeast and ferment cold. Following fermentation, they blend with non-GMO neutral spirit, and then distill in-house.

On the nose, you’ll find cashew, pistachio, sweet mushrooms, and finally, dried cocoa. That sense of cocoa further develops on the palate as bittersweet chocolate. Try St. George California Shochu in a Shochu Highball, with matcha, with yuzu, or in your own original creation.