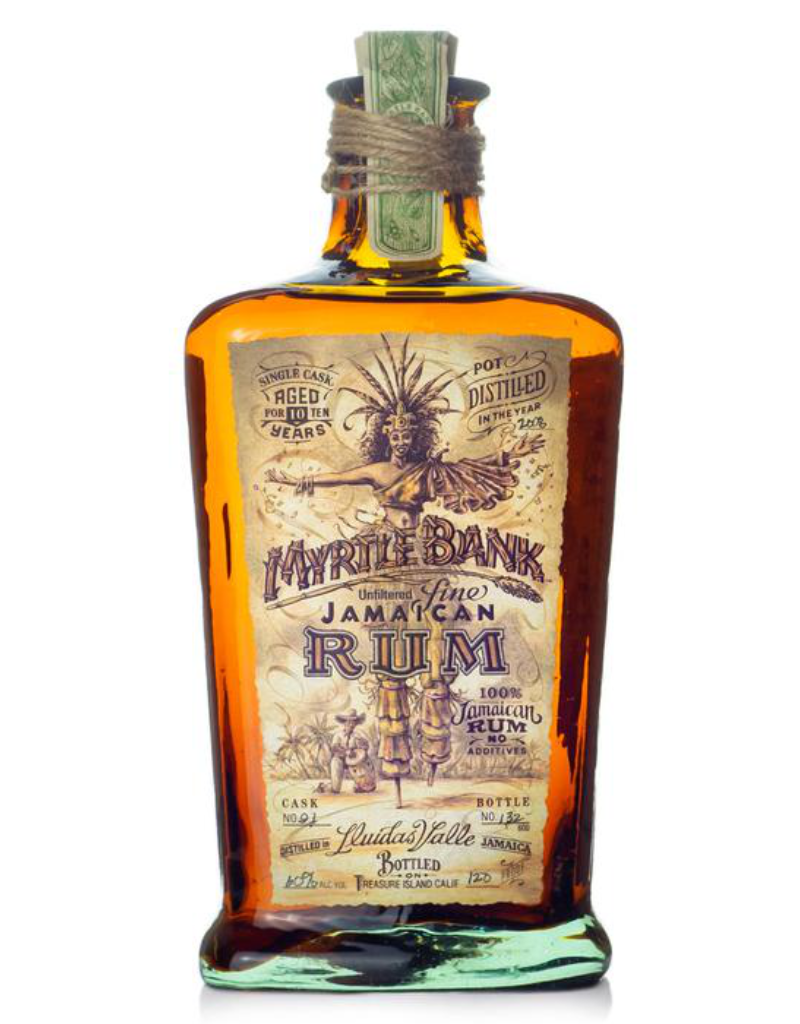 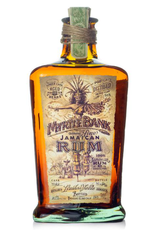 The name harkens to a time when the Myrtle Bank hotel was the social epicenter of Kingston in the 1920s and 30s. Built in the late 1800s, the hotel was one of the grandest in the Caribbean and was famous for its Rum Punch.

The rum was distilled at Jamaica's Worthy Park Estate using local molasses, cane juice, and crushed cane stalks from the Jamaican highlands. Distilled in copper pots and aged in ex-Bourbon barrels in the UK, the absence of added color or flavoring creates a singularly unique and complex profile. Bottled at cask strength without any added sugar, it showcases accents of tropical fruits, ripe banana, oak, vanilla and cocoa.

Rum has gotten a bad reputation in recent years, as some brands have relied on misleading marketing, deceptive age statements, and non-disclosure of additives like sugar and coloring to sell their product. But there is dependable, high-quality rum available to drink these days, the latest of which comes from independent bottler Myrtle Bank. The brand is named after the Myrtle Bank Hotel, once one of the most impressive hotels in Jamaica, perhaps throughout the entire Caribbean. Built in the 1800s, the hotel truly reached its pinnacle in the 1920s and ‘30s when it was the epicenter of the thriving social scene in the nation’s capital, Kingston.

Myrtle Bank’s new single cask rum has also reached its pinnacle. The rum was distilled in Jamaica at the country’s oldest distillery in traditional copper pot stills using molasses grown in the highlands. The rum was then put into ex-bourbon barrels and shipped to the UK, where it patiently spent a decade aging. This change in climate allowed for a really delicate maturation process. In the tropical heat of Jamaica, the rum’s character can be overtaken by tannins as it expands and contracts in and out of the wood over the years. In the more temperate UK climate, however, there is less angel’s share, meaning that the rum is able to age more like a fine single malt scotch. As the liquid slept inside these carefully watched oak casks, it picked up notes of tropical fruits, ripe banana, oak, vanilla and cocoa. No coloring or sugar was added to alter the appearance or flavor of this unique single estate spirit, allowing it to shine on its own merits. It’s bottled at 120 proof so the full flavor can be appreciated without being watered down.

Myrtle Bank’s goal is to change the public’s perception of rum and introduce the American market to rare single cask releases, the likes of which were previously only available in Europe. While it might be more expensive to transport this rum on a continent-spanning journey from its Jamaican source, to the UK for aging, and then back across the Atlantic to the US, this journey has helped shape the character of this truly unique and delicious sipping rum.
Myrtle Bank 10 Year Single Cask Rum is available now for an SRP of $99.

Add your review
5 stars based on 2 reviews
Add to wishlist / Add to compare / Print
Please accept cookies to help us improve this website Is this OK? Yes No More on cookies »