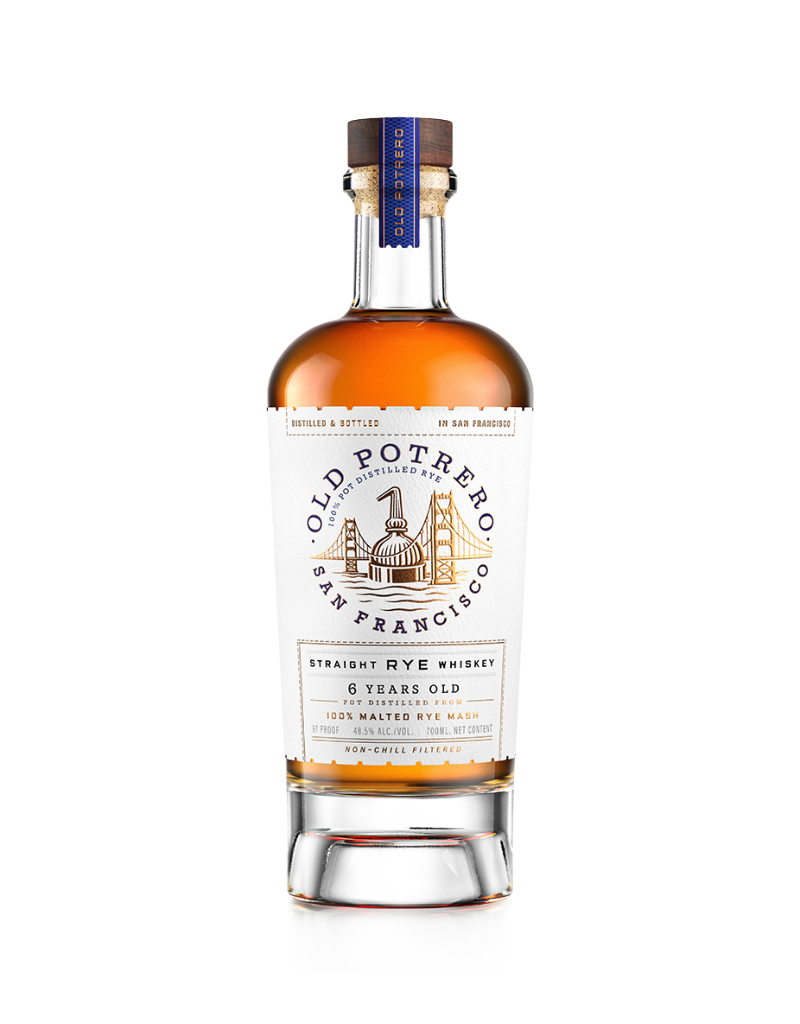 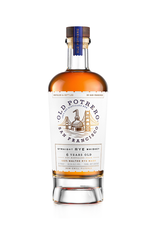 HISTORY
Old Potrero was founded in 1871 by Gottlieb Brekle. In 1965, Fritz Maytag purchased Anchor Distilling, saving it from bankruptcy. In 1977, Maytag moved Anchor to its current Potrero Hill location.

This straight rye whiskey was aged in new handmade charred oak barrels. With traditional barrel making, the cooper heats the staves over a fire of oak chips, which allows them to bend and form into the barrel. During this charring process, the inner part of the barrel becomes slightly toasted.

In the early 19th century, coopers were learning that if they allowed the heat to perpetually, burn, the inside of the barrel would burst into flames and become charred. This is the traditional manner in which handmade oak barrels-charred impart rich tones and unique characteristics to the final spirit.

Crafted from a mash bill of 100% malted rye. Old Potrero is bottled at 97 proof (48.5% ABV) with no age statement. This single malt has playful notes of citrus, cinnamon, and sweet candied notes.

TASTING NOTES
Citrus, cinnamon, and sweet candied notes on the nose, the palate echoes the nose with added notes of spice, candied tart notes, and nutty flavors followed by a smooth finish.