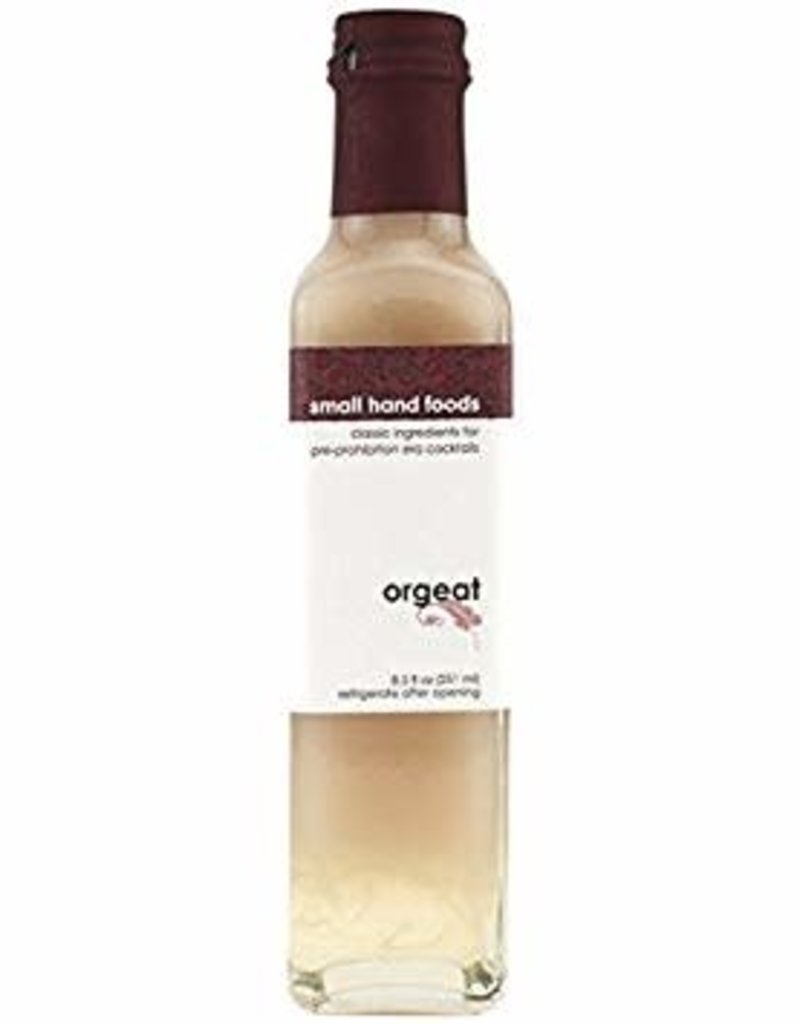 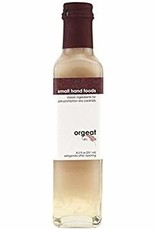 Pronounced or-zhat, orgeat is a French almond syrup, originally made from barley and used as a shelf-stable substitute for milk. Many cultures have versions, from Valencian orxata to Dutch orgeade to Mexican horchata. Made from California almonds and a small proportion of apricot kernels to give it a distinct “marzipan” flavor without the addition of extract. Organic cane sugar, orange flower water and biodynamic California brandy are added to result in a rich, flavorful syrup with delicate floral notes. Orgeat is used in the Mai Tai, a drink first created at Trader Vic’s in Oakland in 1944, as well as the Japanese Cocktail and various absinthe concoctions.

It is also delicious as a spritzer with seltzer or used to sweeten lemonade.